The City has received several questions regarding the streetscape along Exeter. At this point, there are no construction plans for the area.

No formalized plan has been designed or approved for the Exeter streetscape. In 2016, a design firm prepared a document containing several concepts for selected streets in the Central Business District (“Central Business District Streetscape Master Plan”), which is available on the City's website. The illustrated concepts are not set or formalized for any specific street improvement. They are simply a set of ideas that allows the City to begin design review before moving forward on any project. For example, part of the concept plan explored creating additional park space within City owned property on the east side of Exeter near the athletic club that would provide an amenity for residents in the area. Practical parts of any good design review include revisiting the designs, looking at how conditions have changed over time, and gathering more resident input, which are part of our processes within the City.

The recent improvements made on Exeter moving south from Farmington to Poplar are complete at this time. This includes the new bike lanes and a minor reduction in travel lane widths. Before any enhancements on Exeter between Farmington and Neshoba are executed, the City will hold public meetings and offer opportunities for resident input as part of the design process. All preliminary and final designs, including a traffic impact study, will also be vetted through the following citizen-led checks and balances: Design Review Commission, Bicycle and Pedestrian Commission, Planning Commission and the Board of Mayor and Aldermen.

Improvements to be considered for the northern stretch of Exeter are intended for better utilization of the traffic lanes, sidewalk improvements, bike lanes, decorative fixtures, signage and safer pedestrian crossings. These items are also recommendations of the Central Business District Streetscape Design Guidelines. All of these considerations will be vetted through public meetings and commissions, and we look forward to your input in creating vibrant spaces within our neighborhoods.

In Germantown, we take public safety seriously and we have the recognitions to prove it.

Your Germantown Fire Department is rated ISO 1. Our fire department has continued their embodiment of

“Excellence. Every Day,” by securing an Insurance Services Office (ISO) level one rating, the highest rating for fire safety. Your GFD is one of only 245 fire departments in the United States to reach this level of service excellence. What does this mean to you and your family? First and foremost, it is safety and security. Another benefit is the possible reduction in you annual homeowners’ insurance premiums. Share with your insurance agent the news of your community moving from a level three rating to a level one and inquire if your rates will be adjusted.

The Insurance Services Office provides information used by insurance companies to establish insurance rates for customers. ISO evaluates municipal fire protection efforts throughout the United States. The ISO evaluation includes an analysis of all fire department operations, including fire suppression capabilities, community risk reduction and fire prevention efforts, available personnel and equipment, and distribution of emergency response resources to provide optimal protection for the community. The evaluation also includes analysis of key supporting elements, such as those from the Germantown Police Dispatch Center for 911 services and available water supply and hydrant system provided by the Germantown Public Works Department. GFD is also supported by the City's Information Technology Department to support dispatch systems as well as grant funding from the Shelby County 911 Commission to upgrade dispatch and fire station alerting systems. ISO analyzes the data using its Fire Suppression Rating Schedule and then assigns a rating number between 1 and 10, with 1 being the best. The achievement of the Class 1 rating is a great accomplishment. While it reflects on the Fire Department, Water Department, Dispatch, and IT, it also reflects upon the overall level of services provided by the City. 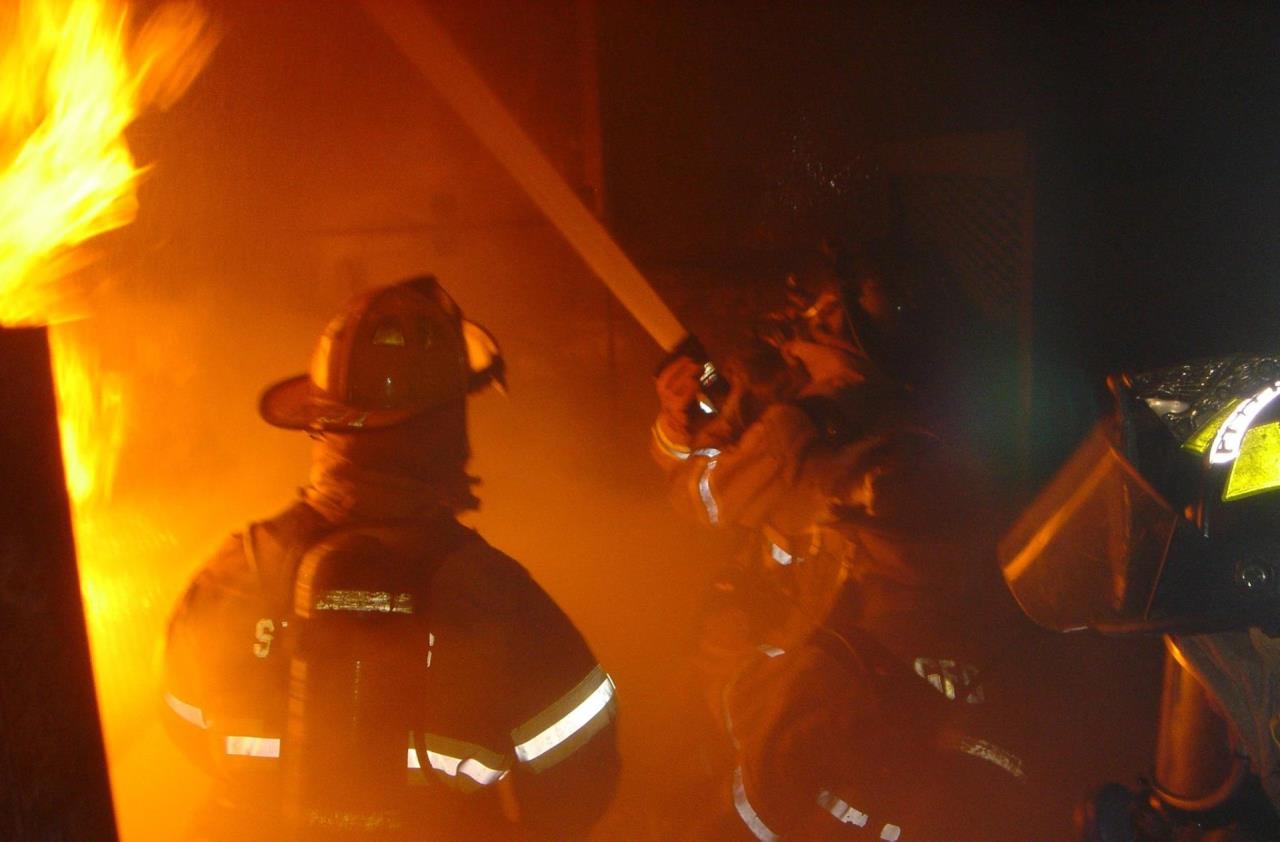 Germantown Fire Department also received the National Association of State Fire Marshals 2017 Life Safety Achievement Award. Since 1994, this award has recognized both professional and volunteer fire departments for outstanding fire safety statistics and effective fire prevention programs during the preceding calendar year. To qualify, fire departments must record zero fire deaths in residential structures or a 10% reduction of fire deaths during 2017. In addition, they must demonstrate a commitment to preventing residential fires in their local communities through effective fire prevention programs.

In 2017, the Tennessee Municipal League recognized the Germantown Fire Department with the Excellence in Fire Service Award. This award is a result of the department’s efforts to improve emergency medical and fire protection services without increasing costs to residents. The fire department began building up its EMS services gradually first by purchasing four ambulances and staffing two of them 24/7 to transport patients. As demand increased, the department purchased a fifth ambulance and began staffing an additional ambulance full-time. A total of 15 additional personnel were trained and certified as EMTs or paramedics as well as receiving firefighter training. Creating local ambulance service through the fire department has also provided Germantown with additional benefits. The number of on-duty firefighters has increased, provided internal accountability and control, provided more efficient use of tax dollars for services provided, provided a 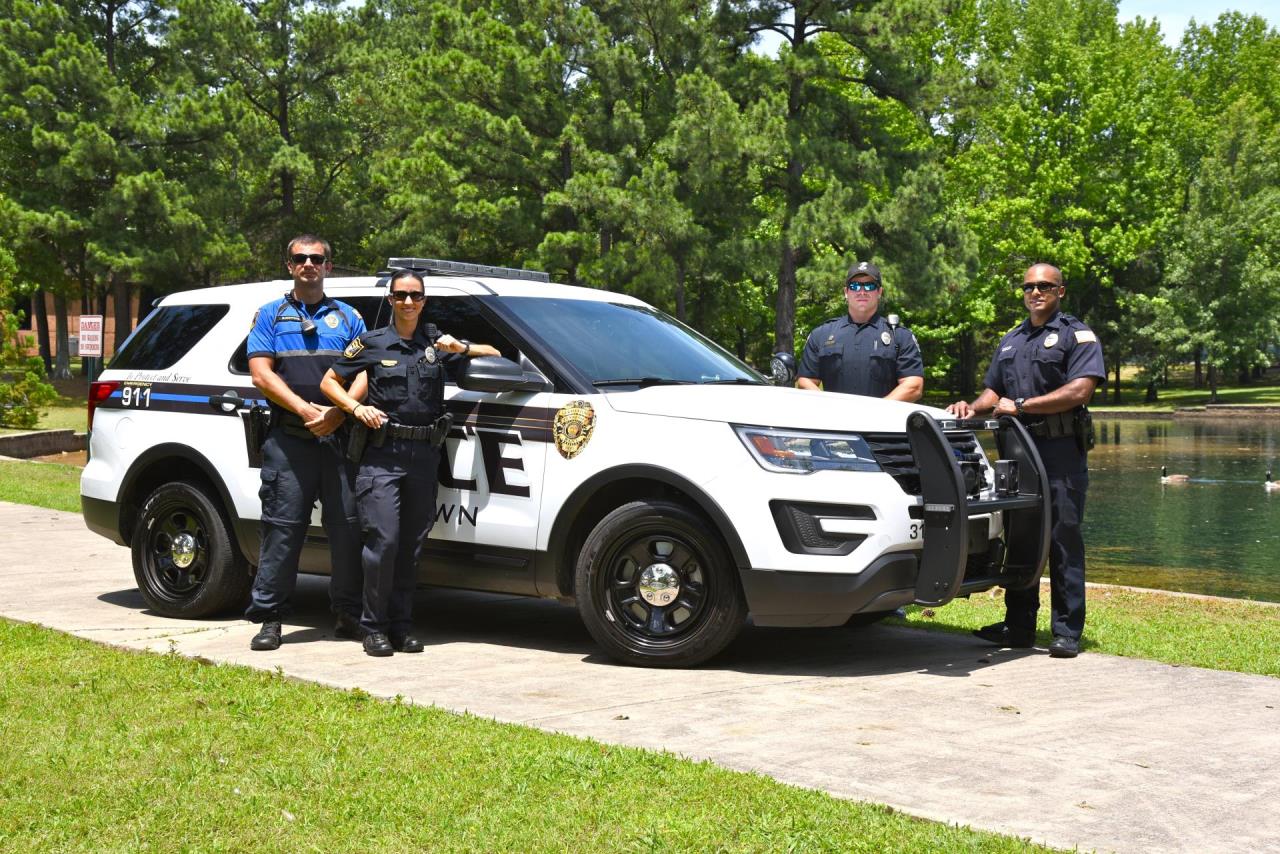 The Germantown Police Department was recently re-accredited by the Tennessee Association of Chiefs of Police as part of the Tennessee Law Enforcement Accreditation (TLEA) program. The Association supports and endorses the continued improvement of law enforcement and emergency communications services by establishing standards of accountability, management and operations. GPD originally achieved the accreditation in May of 2014; however, the accreditation requires reassessment after three years. The review ensures that the department continues to maintain the highest level of professionalism.

The benefits of accreditation include ensuring GPD’s ability to prevent and control crime through the most effective and efficient delivery of law enforcement services. The community can be assured that GPD has sought guidance in best practices by allowing their policies and procedures to be thoroughly examined by outside assessors to ensure they are maintaining the highest professional standards. 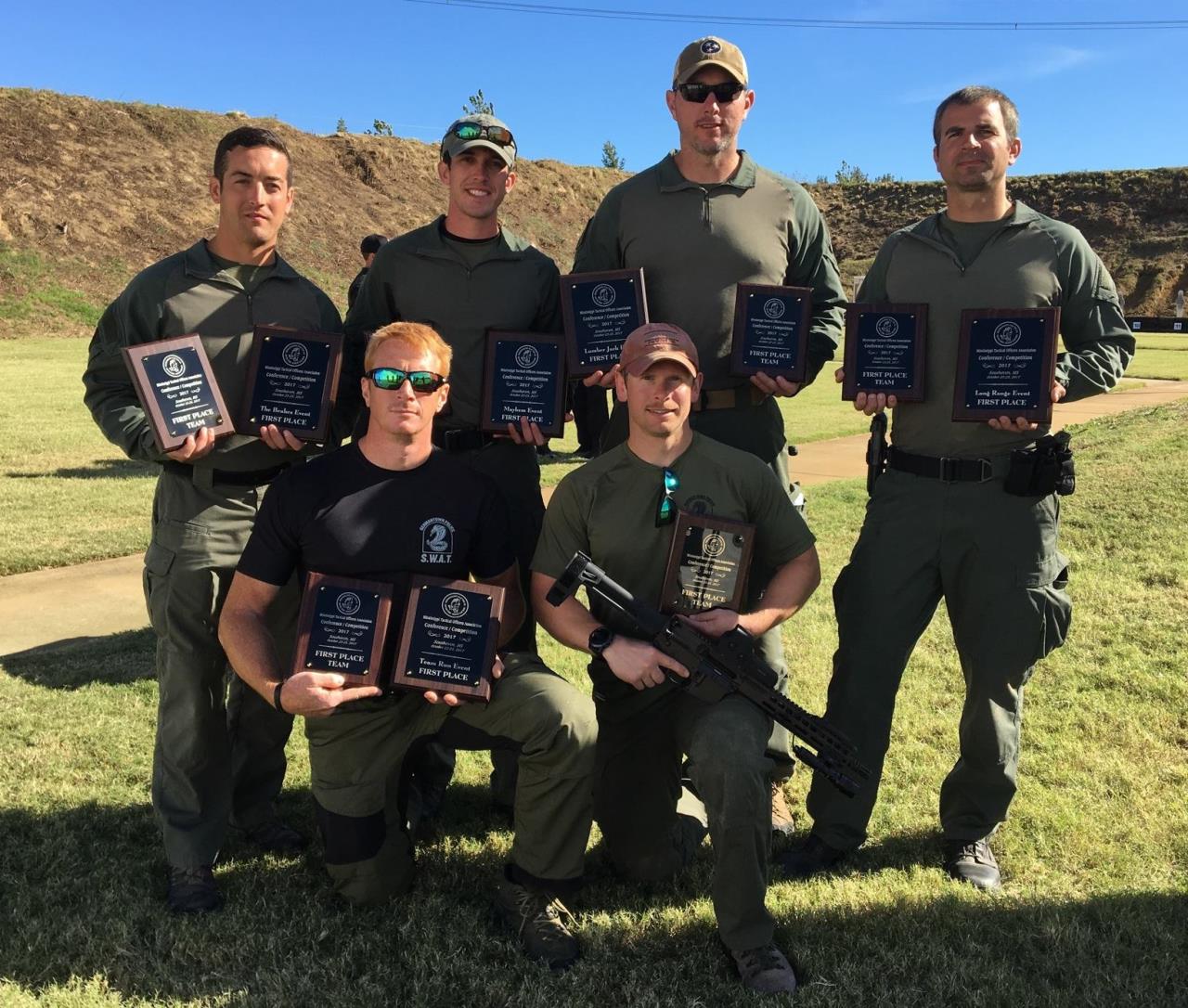 In 2017, the Germantown Police SWAT team earned a first place overall finish in the Mississippi Tactical Officers Association's annual SWAT Competition. Under the command of Captain Nick Godwin, the GPD team competed against other tactical teams from the surrounding area, including Southaven Police Department, Desoto County Sheriff's Department as well as the Memphis Police TACT Unit. The events are designed to challenge the competitors' strength, endurance, shooting skill, decision making and ability to work as a team.

The Germantown SWAT team members serve on a voluntary basis and are required to successfully complete a rigorous screening process. The team members perform their primary duties as members of GPD’s Uniform Patrol Division as patrol officers and supervisors.

Commitment to Excellence and Continuous Improvement

Did you know that the City of Germantown is consistently awarded for excellence and continuous improvement? And we have the accolades to prove it.

The City’s commitment to TNCPE and the Baldrige Framework as a guide for process improvement has resulted in many improvements for our residents and workforce, including:

Net Promoter Score
One of the most prized recognition that the City has earned comes direct from our residents. Net Promoter Score is used across industries to measure customer satisfaction. In the most recent community survey, a random sample of residents were asked to rate how likely they are to recommend Germantown as a place to live. The resulting calculated Net Promoter Score of 71 puts your City among the highest scoring businesses in the world, including Amazon (61), Netflix (68) and USAA Insurance (66).

Top Workplace
City staff takes pride in the work that they do everyday and it shows. The City of Germantown has just over 400 employees and for the past three consecutive years was voted as a “Top Workplace” by the Commercial Appeal. The Top Workplaces list is based solely on the results of an employee feedback survey administered by Energage. Employees fill out a 24-question survey about bosses, benefits, jobs and the special points that make the workplace stand out. Residents benefit from the City’s ability to recruit and retain highly skilled and dedicated employees who provide a high standard of service from animal control to zoning.

Did you know that the Board of Mayor and Aldermen unanimously passed a resolution as an end all to the Germantown Road realignment and the extension of Forest Hill Irene Road north of Wolf River Boulevard? During the April 9 meeting, the Board decided to make its opinion known to residents of Germantown that such realignment or extension will not be implemented.

The Germantown Road realignment project is not included in any long-range capital or transportation plans for both the City and the Memphis Metropolitan Planning Organization (MPO).

“This resolution is meant to be the conclusion to the road realignment,” Mayor Palazzolo adds, “Past Boards have passed similar resolutions in order to preserve the residential character of the City and it was best to reinforce those ideas in 2018.”

You can view the resolution here.

Did you know that the City appoints each year a 23-member Financial Advisory Commission (FAC) which provides oversight in the development of the City’s annual operating and capital budgets. This consists of a review of each segment of the budget including enterprise funds, special revenue funds, general fund and the capital improvement plan budget. The FAC is also charged with review and recommendation on any bond issues considered by the City.

The Commission most recently reviewed in a public meeting the City’s enterprise funds which include utility, sanitation, stormwater, Germantown Athletic Club and the Great Hall funds. The next FAC meeting will include a review of the proposed capital budget for fiscal year 2019. The meeting is scheduled for Tuesday, March 27, and begins at 6 p.m. in the Klein Conference Room located in the Economic and Community Development office, 1920 S. Germantown Road. Meetings are open to the public.

To receive email notifications for public meetings, sign up for eNotices at online at Germantown-TN.gov/enotices. For more information, contact Stacey Ewell at SEwell@Germantown-TN.gov or call (901) 751-7559.

The Germantown Road Realignment Is Not Happening, Really

It seems that each year during budget season, suspicions about the revival of the Germantown Road realignment project resurface. These suspicions are false. The project is not included in any long-range capital or transportation plans. And while the project was submitted for Memphis Metropolitan Planning Organization (MPO) funding in 2013, the request was withdrawn by the City and the project does not appear in any long-range MPO funding plans. This fact has been confirmed by MPO Administrator Pragati Srivastava, who recently confirmed “that the Germantown Realignment project is not included in the 2017-2020 Transportation Improvement Program (TIP) for federal funding. The only major capital project for the City is the Germantown Road and Wolf River Boulevard intersection improvement.” Nor does the project appear in the City of Germantown’s long-range capital improvement plan.

There are also suspicions that the streetscape work recently completed along Germantown Road near the Train Depot is a precursor to the realignment project. This is also false. The streetscape work is part of the 2016 Streetscape Plan intended to improve access and mobility for all forms of transportation, including pedestrians and bicyclists. The next phase of the plan is budgeted in fiscal year 2019 and includes funding for design of planned improvements along Exeter Road. The proposed plans include expanding the median and adjacent park space to provide additional public space for festivals, events and recreation. The proposed plan also calls for on-street parking, additional landscape/tree plantings, and public art. Improved pedestrian crossings and safety improvements at the intersection of Exeter and Neshoba roads are also recommended.

City staff is available to answer questions and discuss projects with the public. To reach the appropriate department, simply contact our friendly customer service specialists at CustomerService@Germantown-TN.gov or (901) 757-7200.

Get the Facts About Zoning in Germantown

Germantown has 15,536 total housing units with a 96% occupancy rate. Of those, 84% are owner-occupied. The City’s office and retail occupancy rates are 98% and 94% respectively.